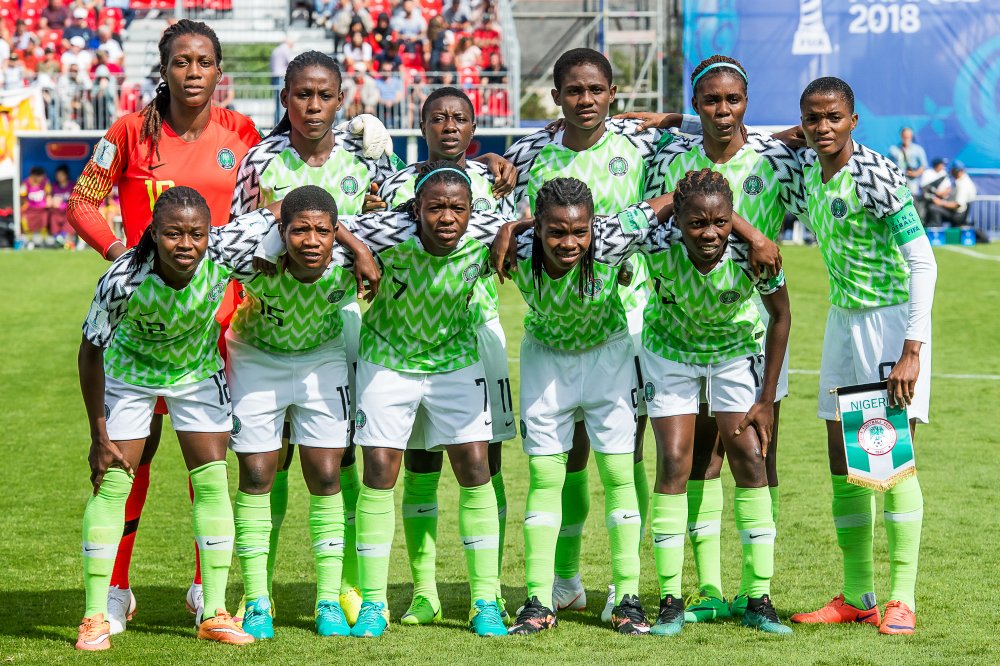 The Nigeria Football Federation, NFF, has paid one-year salary arrears of the officials of the Falconets who participated in the 2018 FIFA Women’s World Cup in France.

NFF had in August 2020 asked the coaches and players of the Nigerian National team to submit their account details to the accounts department of the federation.

The accounts department of the NFF on Friday 4th September 2020 paid the sum of One million and two hundred thousand (N1.2m) for the assistant coach. The money according to him is twelve months salary arrears owed since the team qualified for 2018 during the 2018 FIFA Women’s world cup in France.

“Thank God, they have finally paid me one year salary,” the assistant coach told our correspondent.

“No, they are still owing us, they only paid just one year salary of One hundred thousand nairas per month (for twelve months) but they’ve yet to pay our winning and draw allowances for the six African qualifying matches we played before we qualified for the world cup in France.” Coach Mansur Abdullahi added.

Explaining further, he said, “During the qualifiers, we defeated Tanzania and South Africa home and away and also beat Morocco in Nigeria but drew in Morocco, that is five winning bonuses. The allowances that supposed to be given to us for the matches won and draw by the federation are yet to be received. They kept telling us that they don’t have money since 2017 when we started the qualifying matches.

“So, they are still owing to me after the one-year payment in August 2020, after two or three years non-payment.” He concluded.

When our correspondent called one of the players who for obvious reason spoke on condition of anonymity, she confirmed that the NFF requested their account details but they have not received a dime from the money they’re owed since 2018.

“They (NFF) asked us to send our account details in August this year, but I heard they have paid some officials their one year salary outstanding, but I have not received a dime. The players are still expecting that they will pay us. The way we expected to be paid before we went to France for the World Cup in 2018. God will touch their hearts and pay our entitlements.” She concluded.