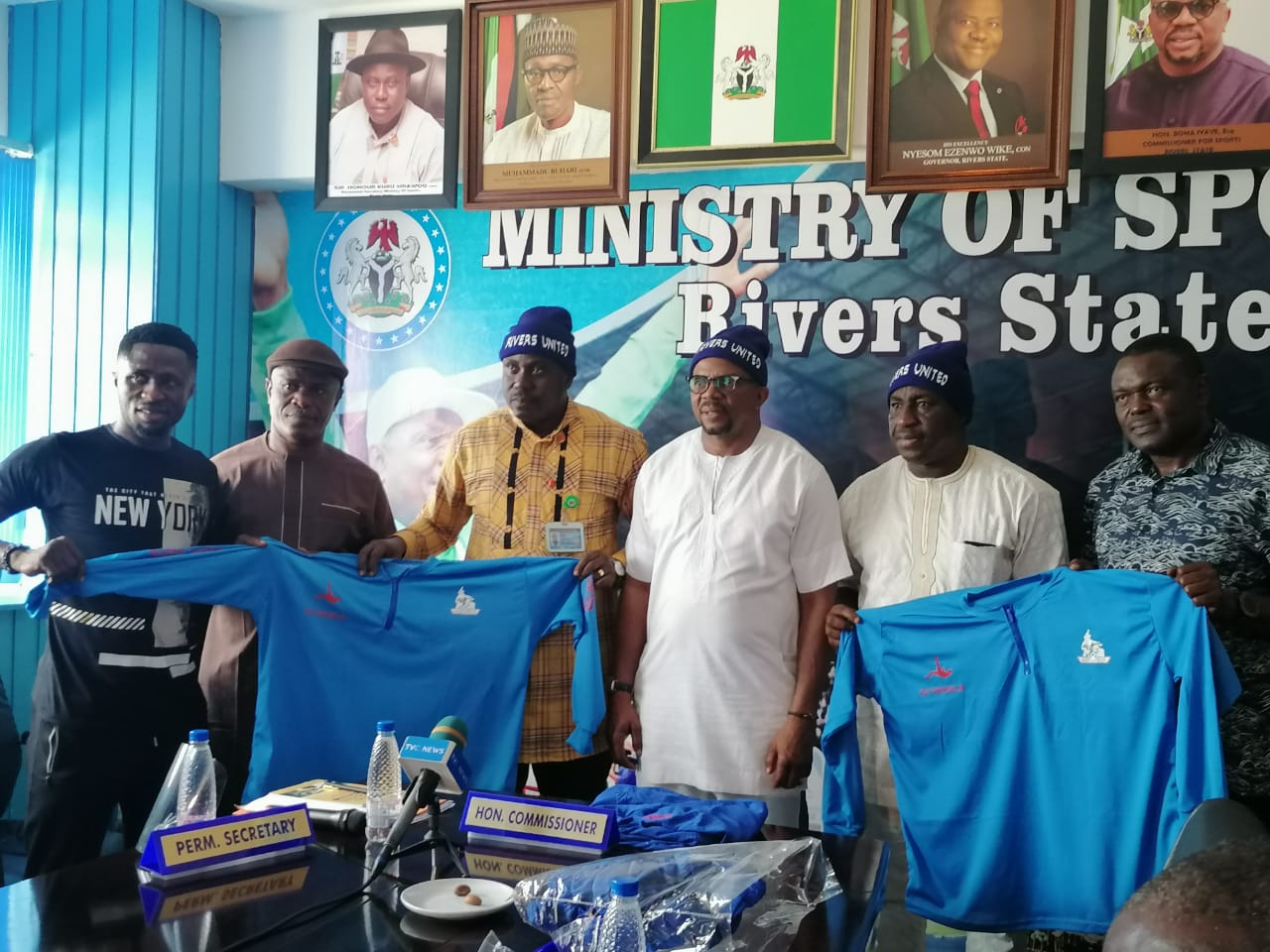 The event had in attendance the Commissioner of Youths and Sports Development Hon Boma Iyaye, The Permanent Secretary of Ministry of Youth ND Sports Development who also doubles as the President Sports Writers Association of Nigeria (SWAN) Mr Honour Sirawo, Coach Rivers United and the representatives of Rivers United at the unveiling ceremony of the Tracksuits at the ministry on Monday.

“This is just like a surprise to us because we don’t know you came with these goodies. Thank you.”

The commissioner in his swift reaction appreciated Ottasolo FC proprietor for the gift, he commended him and also encouraged him to do more. He promised the company that the partnership will be a lifetime.

“This is what we are saying regarding the Public-Private Partnership in the country. Rivers United will partner with Ottasolo International in so many ways be it in players’ transfer, and also assist players to play abroad by sponsoring them.”