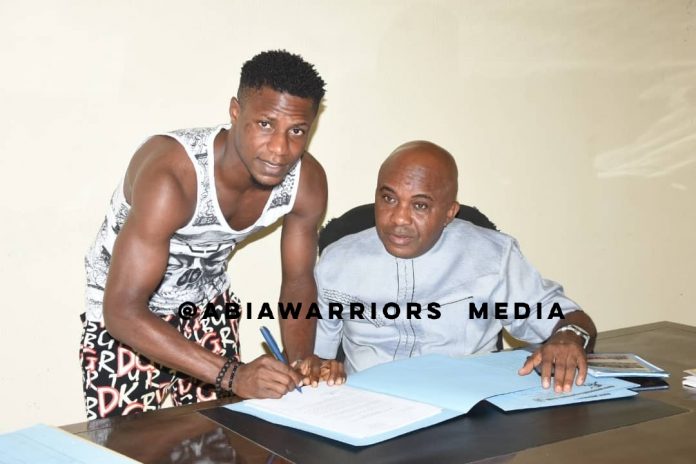 Abia Warriors duo of Paul Samson and Ubong today at the club Secretariat signed an improved contract extension with the Umuahia Warlords which will see the lads pinch tent with the club till 2022.

The duo has been enjoying quality playing time and has grown through the rank to be to deserve a place in the team Starting XI since joining the Umuahia based club from Remo Stars and Delta stars respectively in 2017.

Paul Samson an exceptional winger in the NPFL is arguably one of the best wingers with his unique style of play as he is always a beauty to behold with his exciting runs, skills and his set-piece trademark.

Ubong Williams a rock-solid left-back a blistering pace and ability to pick out a teammate with tailored crosses makes him a dangerous player in offensive plays and his ability to track back and win tackles in his defensive duties makes him an outstanding left full-back in the NPFL.

The Club Sporting Director Mr. Patrick Ngwaogu after the exercise congratulated the players and encouraged them to continue to keep up with their recent form and reminded that their improved contract is as a reward of hard work.

Paul Samson popularly known as ‘Drogba’ amongst teammates while speaking with Abiawarriors.com.ng after signing the dotted lines of his contract renewal thanked the Club Management for finding him worthy to be given a contract renewal and promised to keep working hard to be a better player for the club.

In same vein, Ubong Williams while reacting to his contract renewal promised to remain focused to always give his best whenever called upon to defend the club badge . 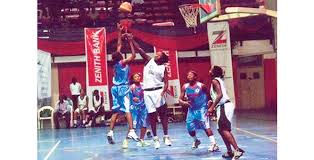 Sirawoo begs Fashikun To Pass Vote Of Confidence On Him

2017 Tofa Premier league : I will continue to contribute football development in Nigeria..Tofa