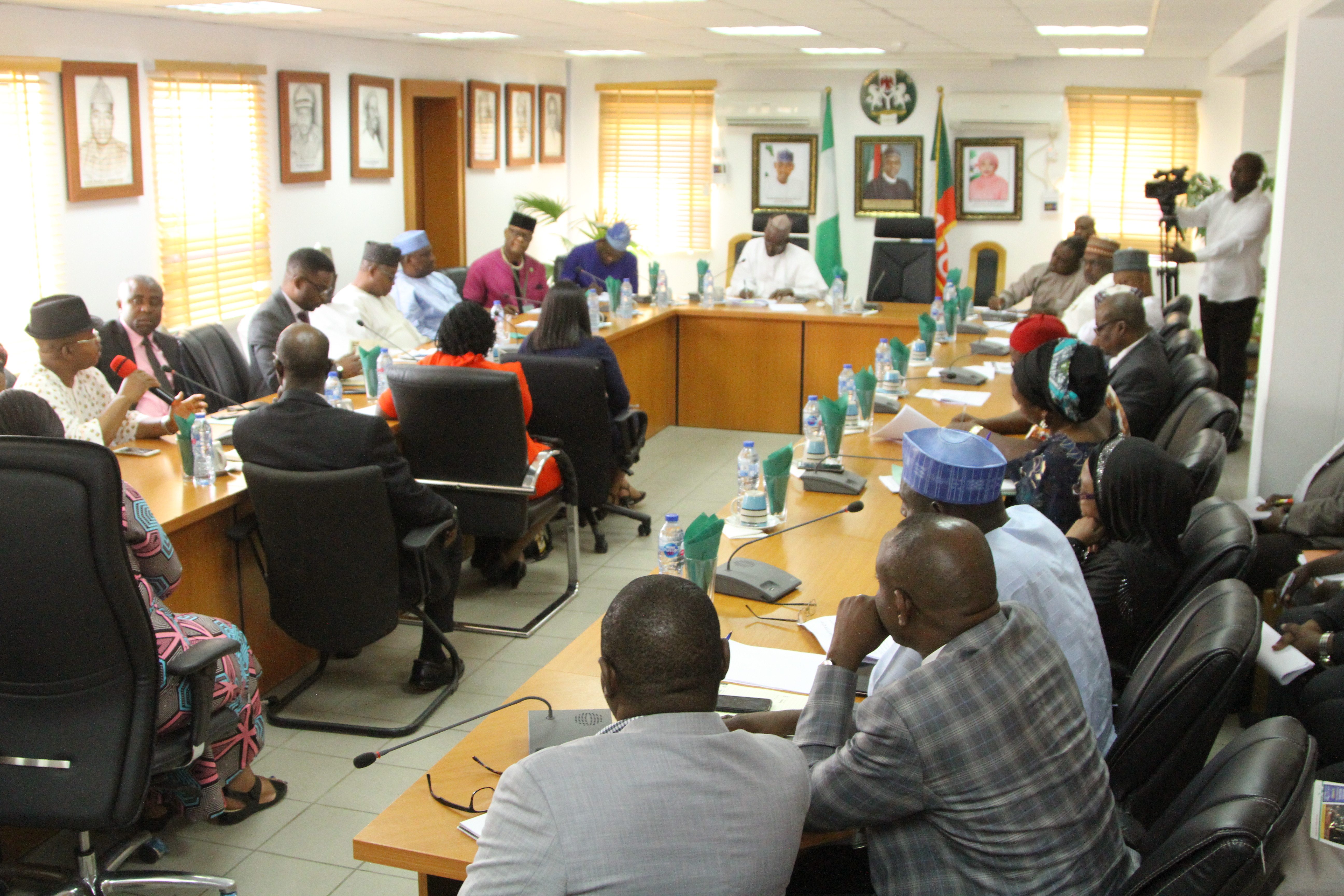 Minister of the Federal Capital Territory Administration FCTA Malam Muhammad Musa Bello has revealed that there is no confirmed case of Lassa fever in the FCT.

Following Lasa Fever outbreaks in some neighboring states and also the preparedness of the FCT Health Authorities to tackle a possible outbreak of the disease in the Territory.

He made this known during an emergency meeting of medical experts and senior members of the convened by the FCT on Monday Abuja.

Addressing the gathering, the Minister stressed that the FCT had good medical facilities, adding that an outbreak could be an indictment on the health care especially if it is uncontained and not effectively managed.

Malam Bello who expressed relief that there is no known case of the disease in the FCT however called on the medical experts to be prepared to forestall any outbreak, be it Lassa Fever or the Coronavirus.

He also stressed the need for Area Council Chairmen to be actively involved in the planning and execution of prevention and treatment programmes since a possible outbreak will most likely impact more in the grassroots areas of the Area Councils.

He also urged the experts to synergize all their efforts for optimum results while calling on residents to take all necessary preventive measures to avoid contracting the deadly disease.

While urging all health workers to follow all protection protocols to avoid getting infected, Malam Bello directed the release of additional vehicles for the use of the Department of Public Health for the purpose of the Lassa Fever prevention campaign.

Malam Bello also directed that all stakeholders should hold regular meetings even when there are no visible threats so as to perfect plans for a foolproof mechanism to handle the breakout of any infectious disease.

He said: “Even after this is over, the same group of stakeholders should be meeting regularly to see what has been done and what needs to be done so that we don’t really have to wait to have any situation like the one at hand to start discussing as to what we need to do”.

Speaking on the preparedness of the FCT for any possible outbreak of Lassa Fever, the Director of Public Health, Dr. Josephine Okechukwu stressed that even though there was no identified case of Lassa fever in the FCT the Administration will remain on high alert as long as there could be a possibility of a breakout occasioned by reported cases of the disease in neighbouring states.

Dr. Okechukwu said already disease surveillance and monitoring officers have been trained and have received the support of motorcycles to intensify surveillance in the rural communities, adding that the reference laboratory in Gaduwa is fully functional to investigate blood samples for proper diagnosis of any suspected case of the disease.

She reiterated that Lassa Fever was a disease caused by lack of proper hygiene, calling on residents to ensure that their homes and environments were free of rats which are known to be carriers of the disease.

The Director added that already, awareness campaigns have been intensified on ways of preventing the disease and strongly advised against self-medication adding that anyone feeling unwell should immediately seek medical attention.

Also speaking at the meeting, the Chairman, Infection Prevention and Control Committee, University teaching Hospital, Gwagwalada, Dr. Yunusa Tahir and the Chairman, Medical Advisory Committee, National Hospital Abuja, both agree that there was need for all medical personnel to work together and be prepared in case of an outbreak while calling on FCTA to provide a treatment centre for any confirmed case of the disease in the FCT.