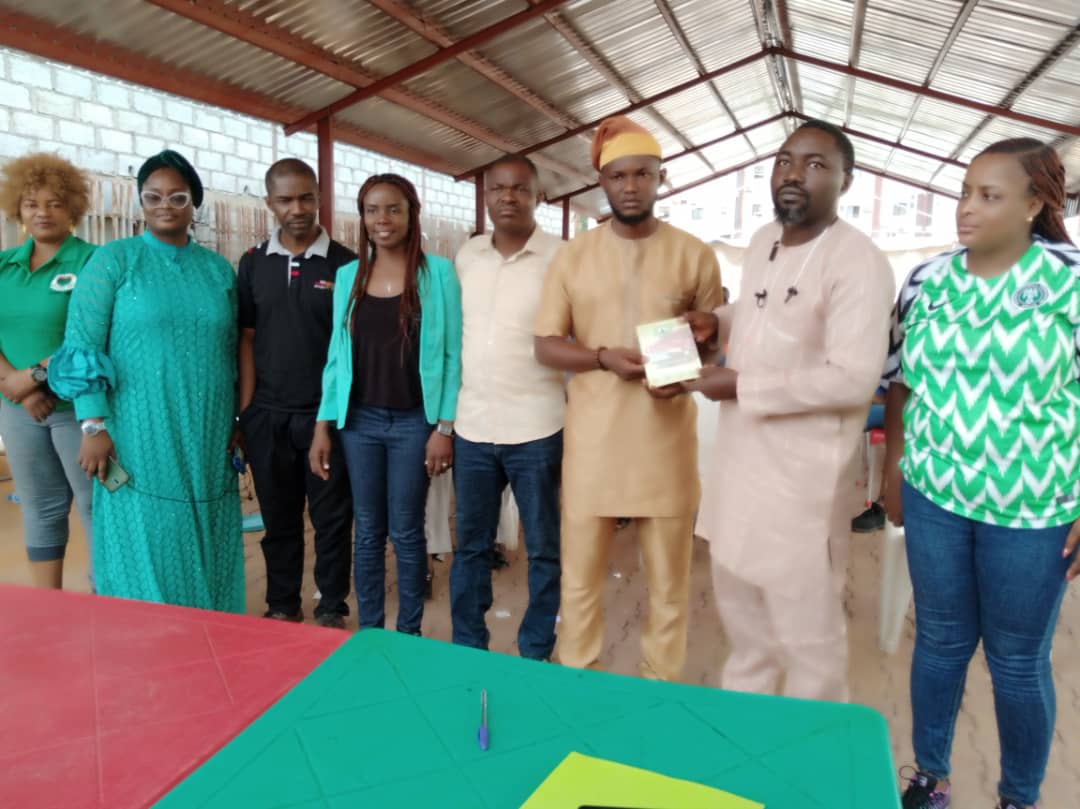 Pillar of Sports in Africa, Senator Orji Uzor Kalu now has an opportunity to prove his love for Nigeria sportswriters, especially his friends in the FCT who jointly conferred on him, the esteemed title of Pillar of sports in Africa.

Canada based senior advocate of Nigeria journalists (SAJ) Adewale Ajayi, is a trusted friend to Senator Kalu and he says in the last 10 years, the former Abia state governor has always had at the back of his mind, the need to handsomely reward sports writers for the confidence they have in him and the love they have shown him over the years.

Just last month, on the award winning Nigeria sports mouthpiece NSM RELOADED, a whatsapp platform that is stronger than newspapers, the man who led Enyimba of Aba to back to back CAF Champions league victories in 2003 and 2004, proved his love for Nigeria journalists be donating 1m naira to help  relieve the burden of the Corona Virus Pandemic on journalists. This time, he is willing to sponsor the ABUJA SWAN CUP,  a competition that died a natural death under the leadership of the former FCT SWANECO.

Senator Kalu will be joined in this new romance with FCT SWAN by no other person than Senator Patrick Ifeanyi Ubah, a man known for his humanitarian and philanthropic endeavors.

According to Adewale Ajayi, who took over 100 journalists to Nnewi in 2014 on the ocassion of the crowning of Senator Ubah as the grand PATRON of Nigeria journalists, he said, he has perfected plans to introduce the new FCT SWANECO to both Senator Kalu and Senator Ubah.

After that, Bunmi Haruna and his team will pay a courtesy visit to NFF president and newly elected FIFA Council member Amaju Pinnick who will bless them and formally welcome them on board.

According to Wale Ajayi, this is the dawn of a new Era for sports journalism in the FCT and there is need for us to carry everyone along in moving the sector forward he concluded