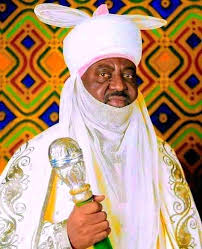 Sarkin Kano, Alhaji Aminu Ado has advocated for political and appointed leaders to be tested for drug abuse as a measure to clear the rising drug abuse in the country.

The Emir, who was represented in by Dr.

Basheer Mohammed Dankadai in an Electronic Summit against drug abuse organized by the Center for Drug Abuse Education & Skills Acquisition said the Kano Emirate Council will want what is obtainable in Kano is extended to all political and appointed leaders across the country.

He listed among others the testing of all leaders of authorities before they are cleared to hold such position as obtainable in the State, “We at the Kano Emirate Council reserve all our titles from the ward head to the Emir to only those that are drug-free. This includes other traditional titles that are trade-related (occupational) eg. Sarkin Noma(chief of farmers), Sarkin Aska(chief of barbers).

“Cutting off the supply of all substances of abuse which will involve the following actions, aggressive search and seize operations in the illegal drug markets, our land,  sea borders and airports and also our highways and rail system by the task forces concerned. Presently such task forces are understaffed and ill-equipped, not to mention the peculiar problem of some major wholesale markets being inaccessible to law enforcement agents. Such markets include Kano Sabon Gari, Lagos Oshodi, Onitsha and Port Harcourt.

“Effective enforcement of existing laws and enacting new laws that will complement the existing ones. Such new laws should include those that will ban legal drugs that have a high potential for abuse and are currently being abused but have good alternatives that are less likely to be abused. These should include but are not limited to Benny line with codeine (already banned, Tramadol hydrochloride, Pentazocine, and Rohypnol, etc.”

He said a law denying recognition to those who made it to the top through illicit drugs business may act as a disincentive to drug abuse by the youths adding that in the civil service certain grade levels should be reserved for only those that are drug-free just as the National Assembly should make it mandatory for any political office seeker to be drug-free.

He applauded Kano State government under the leadership of Dr.Abdullahi Umar Ganduje for taking a cue from the Kano Emirate Council by making it mandatory for all new political appointees to pass the drug test before taking their appointment.

He explained that drastically reducing Youth unemployment and increasing the number of well-equipped and staffed rehabilitation centers and continuous awareness campaigns by traditional rulers and other stakeholders will also play a major role.

Also in her presentation, Minister of Women Affairs Pauline Tallen, said as a mother, “I am worried at the rate of drug use not only amongst young girls but also amongst married women. It has taken a different dimension threatening to destroy the fabric of our society. It is alarming that even in primary school girls have been induced into this unholy act.

“As we embark on our advocacy for all to support our efforts towards promoting girl Girl-Child Education, I want to assure you that we will definitely take this on board as a critical area of focus. So many young and promising lives have been destroyed as a result of drug use.

“Drug use has never benefitted anybody. I want to also appeal to mothers that no matter how busy they are, they should endeavor to take an interest in the company their children keep. I also want to call on students to speak out when they notice something strange about their friends.

On her Part, Wife Of Kwara State Governor,  Dr (Mrs) Olufolake Abdulrazaq and President of the Nigeria Football Federation, Mr. Amaju Pinnick said the will continue to support the idea for the elimination of drug abuse in the country as it has a telling effect on the overall wellbeing of the people.

Ar Olufolake Abdulrazaq who commended the organizers of the summit said anything that will not add value to the society should be collectively eliminated hence her husband and the government of the State is doing everything possible to help check the menace.

NFF president, Pinnick said he will use football as a tool to help spread the negative effects of drug abuse and called on all stakeholders to join hands in the fight to checkmate it.

Abi Goodman, the Founder and Executive Program Coordinator of the Center for Drug Abuse Education & Skills Acquisition said as anticipated, the participations gave the summit the credence and extensive reach that it required and the commitment that the battle against drug abuse deserves will be achievable.

Mr. Shadrach Haruna, Secretary of the National Drug Law Enforcement Agency (NDLEA), said the agency wants more NGOs and other government t organization to support the awareness campaign to enable the summit to reach more people even at the grassroots level. 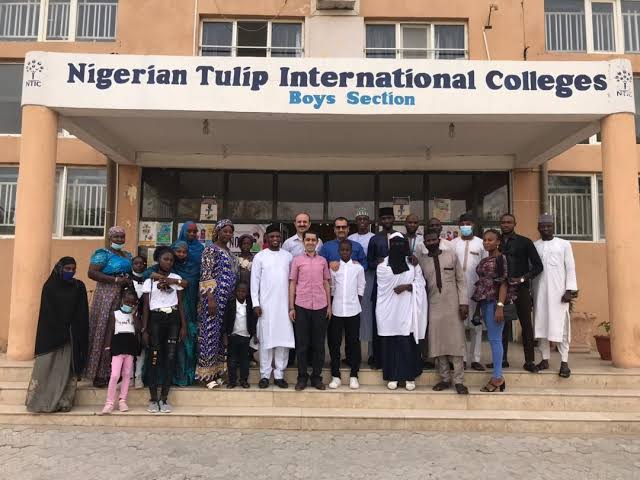 NTIC, which is one of the leading international secondary schools in the country, said the scholarship covers tuition and boarding fees up to university.

A statement issued by NTIC’s management on Monday in Abuja, which was made available to newsmen, said the scholarship is opened to students who are currently in Junior Secondary School 3 in any school across the country and are eager to proceed to SSS1.

It also added that the students must have also participated in the scholarship examinations organised by NTIC.

“The Aims and Objective of the Scholarship Scheme
The scholarship scheme is for Senior Secondary students and aimed at contributing to the educational development of our society and country. It is also meant to strengthen the accomplishment of gifted students and ensure the realization of the Corporate social responsibility of NTIC.

“Scholarship Exam Procedure
The scholarship examination is for JS3 students who are prospective students for SS1 at NTIC. The Nigerian Tulip International Colleges will conduct the Exam, and the examination dates are as follows;

” The scholarship examination will take place in two phases of general and the qualifying phase. According to the results of the examination assessments, only the successful students will be awarded and be a beneficiary of the scholarship scheme.

” The Announcement Mode
NTIC has the sole right to announce as regards the examination and the dates that have been scheduled. The mode of announcement for the scholarship scheme will be through social media or other proper means of communication.

” Scholarship Scope
The Scholarship is meant for students in JSS3 in any state of the Federal Republic of Nigeria; prospective SS1 students. The expected age bracket for qualifying students is between the age of 13 years and 14 years. The students will have to provide their birth certificates and school identification documents from their schools to prove their ages and identities.
The exam card fee will be 1000 Naira. Come along with the payment on examination day.

“Rounds: The first round of the Exam will be in Mathematics, English, aptitude, and Basic Science.

“They will be gathered in Abuja and taught Mathematics, Physics, Chemistry, Biology, and English classes for three days. On the last day, students will take an exam in all subjects and pass an interview. The students with the highest scores will pass to the second round.

“Registration for the Scholarship exam can be done at the NTIC website – www.ntic.edu.ng or via the school’s Facebook page @nticedung.”