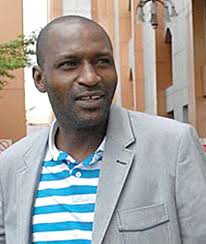 The club licensing is paying off and it’s good news for NPFL fans as clubs are on their toes to meet up. Investors can put their resources with new development. There is a massive improvement in the infrastructure of respective NPFL clubs.

According to the former Super Eagles ace midfielder

“I am impressed with the improvement as regards club licensing and how clubs are actually working hard to ensure their stadiums meet up with the standards of club licensing.

“Work is presently going on at the Nnamdi Azikwe Stadium in Enugu as the stadia is wearing a new face.

“Lafia Township Stadium in Nasarawa State is also undergoing rehabilitation to ensure that it meets up with the standard of LMC.

“Sunshine Stars are as well trying to put the Akure Stadium in order after it was rejected by the LMC.

“Jigawa Government have just awarded their new stadium upgrade. Meanwhile, they will be playing in Kaduna.

Garba Lawal went further by giving Kudos to the Minister of Sports for ensuring strict adherence to the club licensing exercise.

“Kudos must be given to Sports Minister, Sunday Dare who ensured strict adherence to club licensing. And the LMC did their part as they carried out the club licensing exercise to the latter.

“This is what is obtainable in an egalitarian society. As we speak report reaching our us is that Dakada FC, Sunshine Stars FC, FC Ifeanyiubah, Adamawa United are yet to Register,  as they are yet to meet up the required standard. Garba concluded