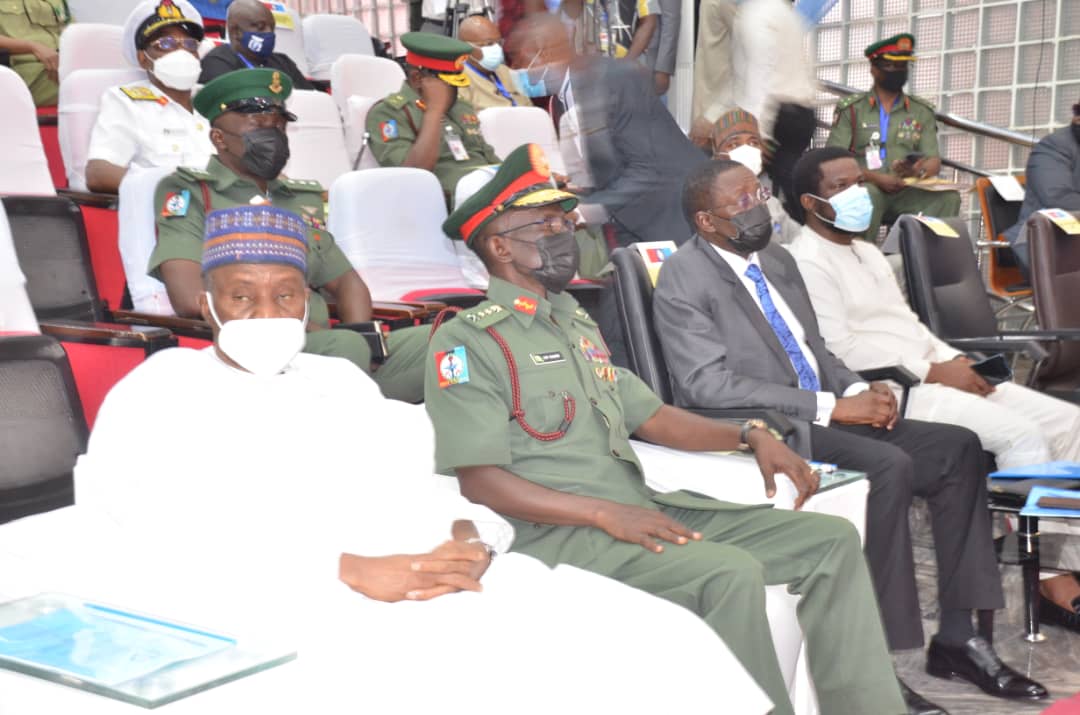 The Honourable Minister of Defence, Major General Bashir Magashi (rtd) has urged stakeholders and the general public to support and collaborate with the Armed Forces and security agencies in the task of ensuring national security.

The Defence Minister made the appeal in Abuja on Monday, at a National Defence and Security Summit themed, “Promoting Kinetic Operations as a major Plank for Counter  Terrorism and Counter Insurgency in Nigeria” organized by the Defence Headquarters (DHQ).

In a press statement issue by the Acting Director Defence Information  Brigadier General Onyema Nwachukwu in Abuja minister noted that the current security situation required the understanding, buy-in, support and collaboration of relevant stakeholders and key players in this strategic option and national task.

This, he said is important to minimize distractions and maximize civil support in order to enhance operational success and mission outcomes.

According to him, the Federal Government (FG) has over the years leveraged on a multi-lateral approach with contiguous neighbouring countries as well as multi-dimensional efforts domestically to address, what he described as the multi-dimensional nature of the contemporary security situation.

He lauded the DHQ for organizing the summit at a time the country is confronted with numerous security challenges. He reaffirmed the FG’s commitment to defending the sovereignty and unity of the country.

The Chief of Defence Staff (CDS), General Lucky Irabor in his remarks, disclosed that in line with  Presidential directives, the Armed Forces of Nigeria (AFN) is already working arsidously to urgently stabilize the security situation.

The Defence Chief, pointed out that the security summit was aimed at sensitizing and galvanising support among critical stakeholders and the general public for AFN kinetic campaigns. Speaking on Non kinetic perspective of AFN operations, the CDS averred that it is crucial to promote viable Civil-Military Relations structures in support of the kinetic operations. He enjoined all stakeholders and the public to support the drive.  He also called for more synergy between the AFN and other security agencies.

Earlier, in his welcome address, the Chief of Defence Training and Operations (CDTOPS), Maj Gen Lasisi Adegboye, said the theme was coined to reflect the need for the input of diverse stakeholders in addressing current security realities.

The CDTOPS explained further that the theme was equally in tandem with the leadership focus of the CDS, “To Foster a Professional Armed Forces capable of effectively meeting Constitutional Imperatives.”

The only lecture at the summit titled “Kinetic Operations as a Major Plank for Counter Terrorism and Counter-Insurgency in Nigeria: Issues, challenges and Prospects was delivered by Ambassador Abdullahi Omaki who was the guest speaker at the event.

A virtual audience including the Chairman of Governors’ forum Mr Kayode Fayemi and other major stakeholders joined the Security Summit via zoom.