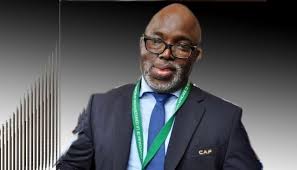 President of Nigeria Football Federation NFF Amaju Pinnick has opined that the needed motivation was indeed given to Nigeria’s super eagles to succeed.

To this end, Pinnick admitted that the issue of bonus row that hits Nigeria’s Super Eagles team is quite regrettable.

Nigeria’s Super Eagles players are in dispute with the country’s football federation in the build-up to their Africa Cup of Nations match against Guinea over the same issue.

Speaking on the financial dis-organization which was a huge embarrassment to the country which lauds itself as the giant of Africa, Pinninck said federation will not relent in its effort to build the trust with the super eagles.

It’s quiet regrettable all that we heard and I was in touch with the NFF vice President Barrister Seyi Akinwumi the leader of the delegation, I am in CAF, we spoke, we made our promise because this is the very first time that will happen under our watch.

“We are trying everything humanly and materially possible to build that trust with the super eagles.  Nigerian knew what we did before the 2018 Russian World Cup and we have not deviated from that we are just having a little hitch

“I am sure all of them have gotten the alert for daily allowances, appearance fees against Zimbabwe that is not even a commercial game but we decided to do it, to fulfill all righteousness.

And the game against Burundi, President just approved budget for it, we got the money in our account, we would have pay naira to their account but because of exchange rate which will make them lose about $200 each but they wanted dollar, we are not going to owe anybody, we have our money to the end of the tournament, everything is in place, they came on charted flight as far as this tournament is concern we are on course.

“We are not just paying them; we have introduced every luxury to give them the ultimate motivation for all the games they played.” He said. 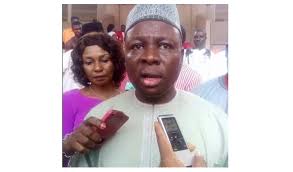 AFN may drag Gusau to EFCC,ICPC Over $2.7m PUMA contract