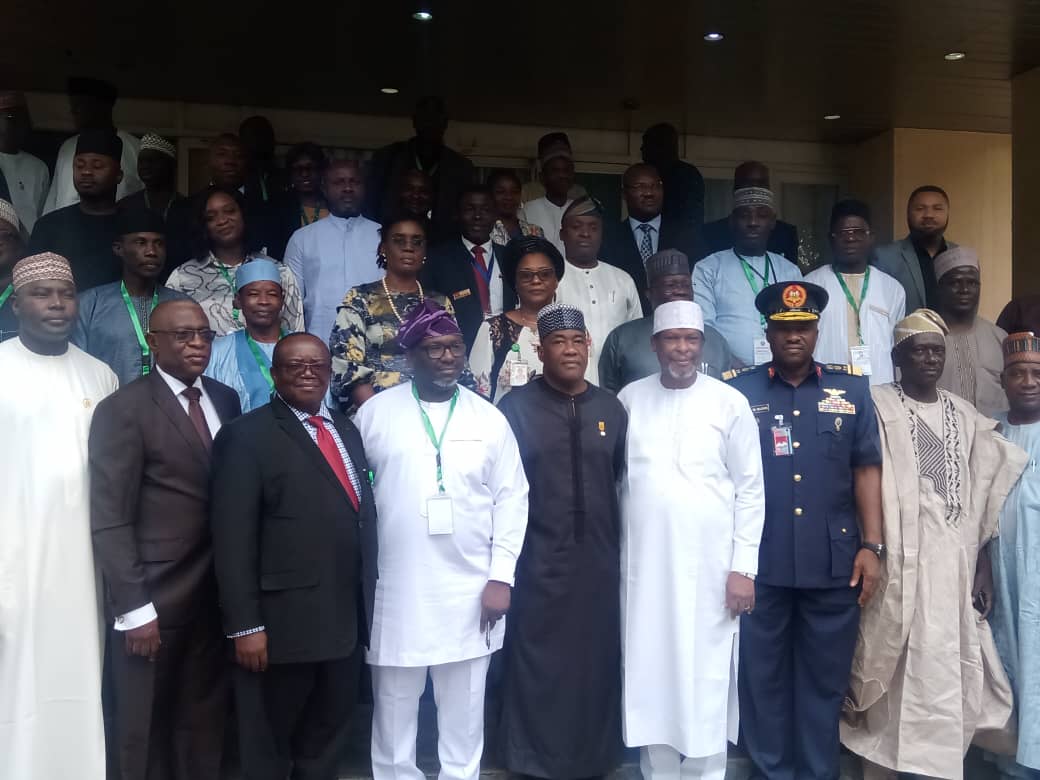 Osinbajo gave the advice at a round-table on Strategic Think Tanks in Nigeria in Abuja.

The News Agency of Nigeria (NAN) reports that the theme of the programme, organised by the National Institute for Policy and Strategic Studies (NIPSS), is entitled: “Re-positioning Think Tanks for Effective Engagement in Public Policy.”

It was aimed at having a robust recommendation toward a better society.

Osinbajo, who was represented on the occasion by Mr Akin Soetan, Special Technical Adviser to the Vice-President on Economic Matters, said that the position of think tanks was relevant to the development of any nation.

According to him, think tanks must enhance their relevance and provide workable solutions, by collaborating with policy makers.

“ The key issue is that the think tanks should be able to analyse and engage the policy makers and policy analysts, on the key areas of governance.

“ They should do this in their different specialisations; we can get what they need to do, to advance the country.

“ We need them to engage more than just the traditional government partners; but to also engage the public to monitor and evaluate, as long as their research findings are highly beneficial,’’ he said.

The vice-president, therefore, charged policy makers to adopt relevant decisions by the think tanks, and mainstream them into their activities, for the progress of the country.

Also, Prof. Habu Galadima, Director-General, NIPSS, in an address, said that the institute had over time, served as capacity extension of government, by opening up new perspectives of framing and analysing issues.

He said it had also provided leadership to other think tanks, while also adopting the best brains in the country to discuss and exchange ideas on how to provide quality input into the decision-making process.

“The environment we live today is becoming more volatile, uncertain, complex and ambiguous, that challenges the imagination of think tanks all over the world.

“ They have the challenge of constantly mobilising their expertise and networks, to continuously get ideas into government agenda.

“Think tanks have evolved beyond mere research institutions into opinion creators, and constantly casting light on policy issues, analysing and measuring their impact and getting into policy,’’ he said.

Galadima, therefore, called for the re-positioning of the think tanks, to support government at all levels in decision-making process.

“The whole idea is to re-position all the think tanks, especially think tanks at the strategic level, to support government policy to help engage in policy making processes.

“And also to write evidence-based research, to support government in this period where we are experiencing changes in virtually every part of our lives.

“It has, therefore, become necessary for all strategic think tanks to re-position themselves, to provide innovative ways of dealing with many of the challenges we face currently,’’ he said.

Similarly, the Secretary to the Government of the Federation (SGF), Mr Boss Mustapha, emphasised the need for think tanks to critically assess their roles in policy making.

Mustapha, who was represented at the event by Mr Olusegun Adekunle, Permanent Secretary, General Services, called on the think tanks to re-position themselves to chart a new course for the development of the country.

“In most developed countries, think tanks work closely with government to provide ideas; but in some developing countries, government remain sceptical, which affects economic policies that are created.

“Nigeria has realised the important role of the think tanks, but the issue remains the extent to which think tanks are utilised; because their roles are not optimally utilised.

Mustapha pledged the readiness of the administration of President Muhammadu Buhari to support the policy development process through the recommendations from the conference.

Dr Samsudeen Usman, Former Minister of Budget and National Planning, called on the government to appreciate, recognise and reward the think tanks faculty in the country.

Others are the National Institute for Legislative and Democratic Studies (NILDS), Institute for Peace and Conflict Resolution (IPCR) and NIPSS. (NAN)