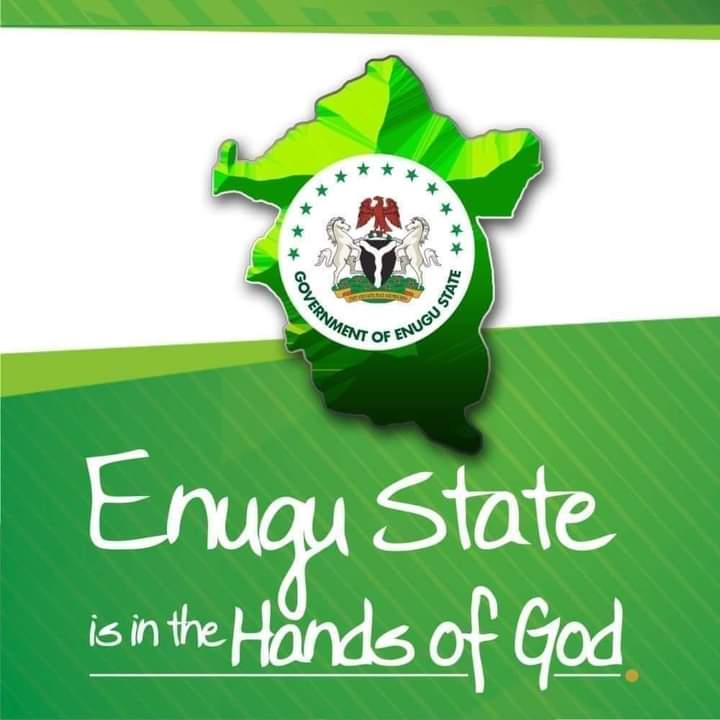 It is quite disturbing that any Nigerian or Enugu State indigene will seek to destroy a well thought out and peaceful political arrangements such as rotational leadership or zoning of political offices primarily designed to foster unity, peace, and political stability in the state.. In the words of the former president, Goodluck Ebele Jonathan, “people can go out of their way in a most vicious manner just to achieve political power”. How else can one describe the current quest by some mischievous politicians in Enugu State to thwart a process that has benefited them and brought political stability in the state? They, in a bid to justify their position even demand to know where and possibly see the minutes of meetings during which zoning of political offices was discussed by Ndi Enugu.

Expectedly, I am surprised that a bonafide Enugu man can question such an arrangement that has endured for more than two decades with robust result of the serene political atmosphere and peaceful transition of power from one government to another. It has no doubt brought a lasting peace in the political landscape of Enugu state and dramatically reduced bitter political rivalries which are usually laced in mutual suspicion among the various senatorial zones that make up the state.

In response to their request for the origin of zoning, let me draw their attention to the bitter political rivalry that ensued in Enugu State at the outset of the fourth republic between two political heavyweights of Wawa extraction, Senator Jim Ifeanyichukwu Nwobodo, and Dr. Okwesilieze Emmanuel Nwodo. It was after this bitter battle that Dr. Chimaroke Ogbonnaya Nnamani from Enugu East Senatorial Zone emerged the PDP flag bearer and eventual winner of the general elections. Sequel to this unpalatable experience and its attendant backlash, the leaders of thought in Enugu State across party lines, decided on a consensus political solution to avoid a repeat of such an occurrence. They decided on a political arrangement anchored on the zoning of key political offices among the three senatorial districts of the state, Enugu East, West, and North.

However, zoning of political offices was the norm at that time and virtually all the major political parties in Nigeria adopted it in their internal constitutions. PDP, APP, and AD embraced the rotational leadership clause as a panacea for political mistrust in Nigeria so as to avert domination by any section of the country over another, especially the minority geopolitical groups. All the political parties in Nigeria took into cognizance the fragile heterogeneous nature of the country and bought into the idea.

In addition, the unfortunate political crisis that greeted the annulment of the June 12 presidential election purportedly won by MKO Abiola, a southwestern politician by a northern led military government was another factor that prompted the zoning of offices and positions. The incident which led to the installation of an interim national government headed by another Yoruba man was unable to calm the situation. Obviously, the mutual distrust and suspicion brought by the crisis among Nigerians made the rotational leadership and zoning of key political offices imperatively inevitable across the country then. That was the reason the two major political parties, PDP and APP/AD fielded two South Westerners, Olusegun Obasanjo, and Olu Falae as their presidential candidates in the 1999 general elections at the beginning of the fourth republic.

Apparently, this measure was adopted to pacify and give the people of the southwest a sense of belonging in the context of Nigerian politics having shortchanged them by the June 12 annulment. That was exactly what gave birth to the political term known as ‘rotational leadership or zoning’ today, and every state in Nigeria which desired peace in their political curriculum adopted it. As expected, Enugu, a federating unit of Nigeria, keyed into the new political song that pervaded the airwaves. The slogan ‘zoning formula’ became the order of the day in Nigeria’s political landscape.

Cautiously, the general fear of political domination, coupled with the bitter governorship tussle between Chimaroke Nnamani and Victor Nduka Agu were the events that immensely shaped the political future and direction of Enugu State as we see today. The battle of the soul of Enugu State between Hyde Onuaguluchi and Dr. Joe Nwodo during Babangida’s transition programme is another pointer of bitter rivalries in Enugu prior to the zoning arrangement.

Consequently, elders of Enugu State in 1999, considered the protracted animosity usually experienced in the state and carefully fashioned out zoning as a panacea. They reached an agreement in principle to adopt zoning and rotation of key political offices including top civil service positions among the three senatorial zones of the state, Enugu East, West, and North. The system was adopted by most states in Nigeria and it has subsisted since then. In short, it has now become a convention having survived for over two decades.

From the foregoing, it is obvious that the origin of rotational leadership or zoning in Enugu State is not farfetched and this serves as an answer to the question usually posed by those oppoosing the idea. The above account also shows that our leaders were wary of the dire consequences of sectional domination and bitter political rivalry in Enugu State. This, no doubt, prompted their action to key into it, which then became a national phenomenon with hindsight to forestall any ugly political future that would have hurt the peace of the state. It is imperatively glaring that the same scenario was what played out at the national level which has been a saving grace to our nascent democracy and its survival to date. It, therefore, suffices to say that it looks abnormal for anybody to question the authenticity or source of zoning in Nigeria nay Enugu State.

We should not also forget that It was in the spirit of zoning, that Chimaroke Nnamani against the clamor from his Enugu East Zone to retain power in 2007, ceded it to Sullivan Chime an Enugu West man. Subsequently, in 2015, Sullivan handed over power to the current governor who is from Enugu north in keeping with the principle. I don’t know any other answer the unpatriotic anti zoning elements want other than these chronicled obvious facts. Even in our constitution, precisely Schedule 3 of the constitution of the federal republic of Nigeria, we have federal character principle enshrined to ensure justice and equity in the distribution of offices among the constitutionally recognized component units of the country.

Ironically, these doomsday political pundits are bringing a strange terminology they call cultural group, unknown to the Nigerian constitution as their preferred basis for zoning of political offices. And I ask; is there anything like a cultural group in the Nigerian political lexicon? It’s obvious that our country only recognizes geo-political zones, states, senatorial districts, federal constituencies, local governments, and wards as the basis for sharing political offices and other things. The cultural zone is alien to our political system and even too ambiguous, with no known politically defined boundaries for easy identification. So, on what grounds are the anti zoning political jobbers anchoring their Greater Awgu, Nsukka, and core Nkanu cultural group narratives? Have we not been using Enugu East, North, and  West as the yardstick to determining who gets what, how, and when in Enugu State?

From all indications, those kicking against zoning have no genuine reason whatsoever to take this ignoble part. It is clear that their motive is ulterior, and driven by the selfish primitive acquisition of power by one man. Their intention is no doubt a product of selfish and greedy political obsession, power drunkenness, and primitive sit tight.

For peace and political stability to be maintained in Enugu State, Enugu East Senatorial Zone should be allowed to produce the next governor come 2023.  Any attempt to do otherwise will amount to the shifting of the goal post in the middle of the match. It will be a great disservice to the people of Enugu State for anybody to destroy what our founding fathers achieved. The narrative of Merrit above zoning mischievously being thrown up by such people is funny. It is a well-known fact that qualified gubernatorial hopefuls are not in short supply in any part of Enugu State. The same people have suddenly started agitating for zoning to be on the basis of cultural disposition. Today,  zoning is undemocratic, tomorrow, zoning should be on a cultural group basis. What a confused political philosophy from a confused people who think it’s their birthright to permanently occupy political offices!

Let me use this opportunity to appeal to Ndi Enugu, to disregard any call to jettison zoning midway because of the inordinate ambition of anybody or group of people. It is wrong and counterproductive to abandon a workable political arrangement that has brought unprecedented peace and stability to our beloved Enugu State midway for whatever reason. Nobody is above society and its norms, whether political or cultural.

In conclusion, zoning has become an acceptable policy and it guarantees a peaceful transition of power from one zone of the state to another. I sincerely appeal to all those opposing it, to consider how posterity will judge them in the end. We must be careful not to thwart the genuine efforts of our founding fathers who fought for the realization of Enugu State on a tripod of justice, equity, and Fairplay. Equity charter is the hallmark of Enugu politics and it remains sacrosanct. Let us avoid the temptation of importing political crisis, the type in some states to Enugu. Imo state, our sister state is still nursing the wound of distorting zoning. No society thrives on injustice to any section of the people. We are very peaceful in Enugu State but dogged in our defense of justice and equity. A word is enough for the wise