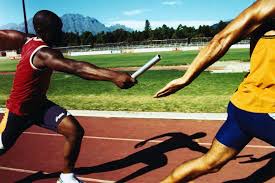 Chairman of Katsina Athletics Federation, Alhaji Ahmed Ahijo Kaita has thrown his weight behind the National Relay Championship holding in Lagos before the National Sports Festival in Benin.

Kaita said he is in total support of the race in order to encourage the athletes in top shape ahead of next year’s Tokyo Olympic Games.

The Katsina Athletics boss disclosed that since the relay race of the quartet of Nigeria’s Innocent Egbunike, Sunday Uti, Moses and was the first that won the first medal in athletics for the country at the Los Angeles Olympics in 1984, there is need to focus more on the relay events.

“We want to bring back the old memories of Nigeria in athletics particularly in the relay races at the Olympic level.

We shall support the Lagos Relay Race and make sure the athletes improve on their timings at the National Sports Festival in Benin the Edo State capital next year,” he said.

Kaita explained that for the athletes to perfect strategies in terms of baton exchange there is for them to participate in local and international tournaments before the Games.

He said he is out to ensure that the experiences of the World Athletics Championship earlier in the year do not repeat itself again.

“This is what we are coming out to correct. we do not want such abnormal experience to occur again. We condemn it in totality,” he added.

Kaita also canvassed for the re-introduction of the monthly Classics pointing out that by so doing, the home-based athletes will be in shape at all times.

He also said foreign-based athletes representing Nigeria at international competitions must be compelled to take part in trials against the home-based as was the practice in the past.

“Athletes should not be given automatic tickets again, we must know their condition and current form so as to avoid the nasty experience of Doha,” he quipped.

Kaita also explained that he will focus on how to bring in Corporate and State government sponsors to help assist the programs of the Athletics Federation of Nigeria AFN.