Both sides came into the fixture in dire need of points to drive their respective ambitions as Enyimba aimed at avoiding a slip from group A’s top three while Remo were already in a race against time to salvage their top-flight status.

Things started out in awry fashion for the relegation bedevilled hosts, however, as Kenney Boboye was forced into an early change when right back Abiodun Awoyemi was stretchered out after four minutes.

The remainder of the early exchanges barely went beyond being topsy-turvy, with the players struggling to come to terms with the bumpy playing surface.

The first real chance of the game eventually came in the eighteenth minute when a long throw into the Enyimba box left Victor Mbaoma with the easy task of tapping in, but the Remo captain failed to sort his feet and the visitors quickly cleared their lines.

At the other end, Chinedu Udechukwu, minutes after getting into the referee’s book for a challenge in midfield, got to the end of Stanley Okorom’s telling cross but managed to miss from eight yards.

Enyimba, from that point, asserted themselves heavily on the hosts, but were almost punished on the break with a swift passing move that ended at the feet of an offside-positioned Mustapha Gbolahan.

Udechukwu came close again for the visitors with a free kick from thirty yards that was fumbled over the top by Emmanuel Fabiyi.

With halftime beckoning, Reuben Bala who had proved to be a handful for Remo all the while, setup Udechukwu once more, and this time the striker’s effort from outside the box rattled off the base of the upright.

The hosts looked better organised at the restart and consistently pushed into Enyimba’s territory, but the half’s first real action came at the other end as Olisa Ndah cleared off the line after Thomas Zenke’s low drive from Okorom’s free kick had beaten the keeper.

Remo were made to play the last half hour with a man down when Victor Chidume was given the marching order for dissent. Boboye’s men were, however, irrepressible and continued to push forward with Gbolahan central to their forrays.

With time running against the search for a winner, Boboye sent on Oshobe Shuji but Enyimba held on to what was clearly a favourable scoreline.

In the end, the barren outcome confirmed Remo’s return to the Nigeria National League, while Enyimba remain in the group’s final playoff position, one point ahead of fourth placed MFM. 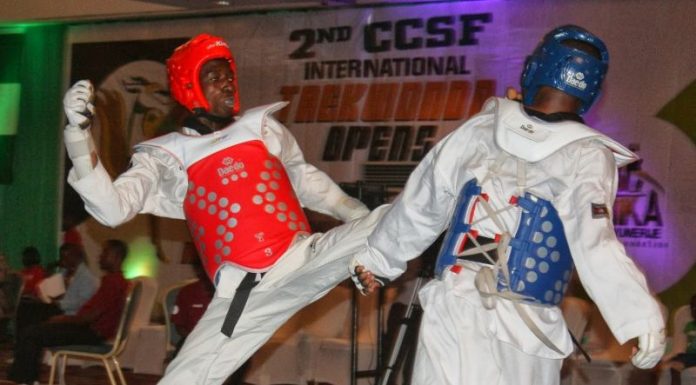 No plan to increase fuel price-NNPC

We will not leave hotel until we receive our unpaid Bonuses-Super...