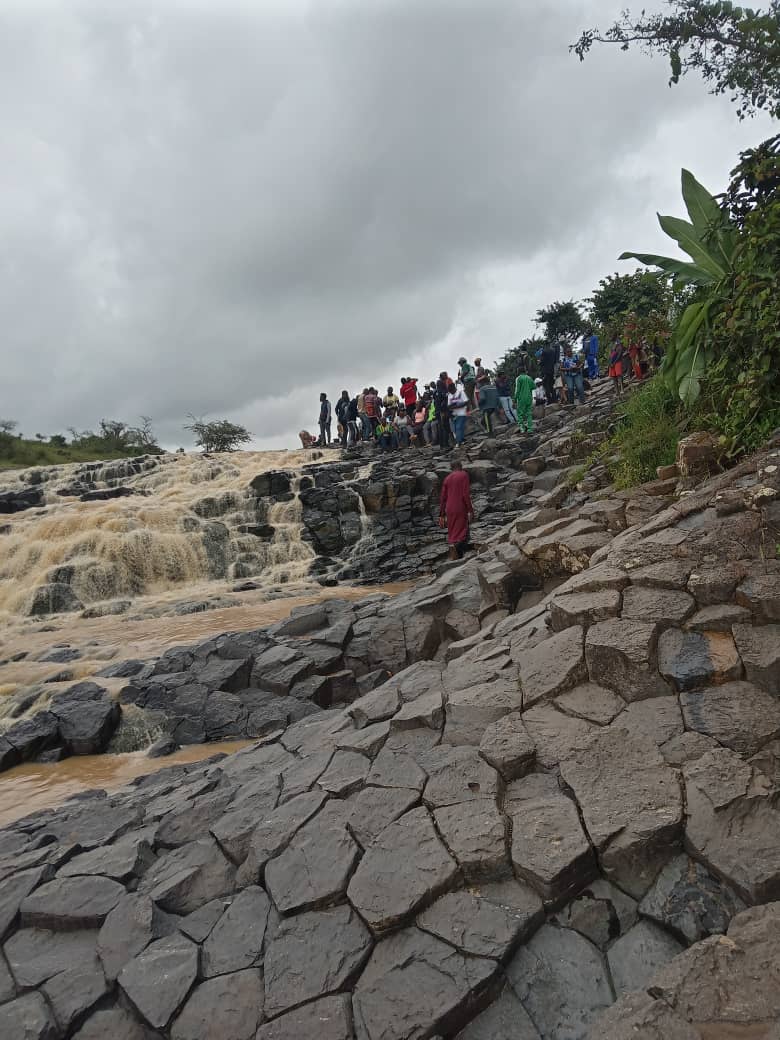 The Director General of the National Institute for Hospitality and Tourism (NIHOTOUR), Nura Sani Kangiwa has stated that hiking and other forms of adventurous activities on the natural formations of the Jos Plateau is a potential mobiliser of sport, adventure and eco-tourism for the growth and development of tourism of the plateau creating jobs and empowering youths with its attendant multiplier effects on the economy of the state.

Kangiwa who made the statement during an adventure hiking tour of Ganwan Columnial Basalt Rock Formations in Riyom, Plateau state by participants of training workshop on tour guiding captioned; Promoting Eco-Tourism and Hiking in Nigeria, said God has endowed the state with natural scenic beauties of Waterfalls, Rock formation, plateau plains, lush vegetation among others, which if properly harnessed, can empower the people and curb youth restiveness by being a source of great revenue earning for government and income generation for the people of the state.

The Director General who was vividly elated by the warm reception and hospitable manner of members of the communities in the area visited, said the people should be carried along in the tourism development plans of the tourist sites as major players and critical stakeholders of the sector to achieve the much desired Community Based Tourism for Plateau state.

Also speaking during the hiking tour, Arch. Isaac Sanda, Chairman of Trustees of the Wayfarers of Jos, Hiking and Adventures Club, called on government to provide the enabling environment such as access roads, proper documentation of the tourist sites, and incentives for the local communities, noting that this will go a long way in harnessing the tourism potentials that the state is endowed with for the overall economic benefits of both the government and the people.

Arch. Sanda further noted that frequent hiking and adventurous activities at the tourist sites of riyom rock formations and waterfalls will improve the growth and development of community based tourism and empower the local communities economically, stressing that stakeholders and key players in the industry should up their game in the marketing and promotion of the country’s tourism potentials for both local and global patronage.

Mrs. Ime Udo, President of the Nigeria Association of Tour Operators (NATOP), said she was highly impressed by the breath-taking scenic beauty, awesome Riyom Columnial Basalt rock formations that Plateau state is endowed with, noting that members of her association will seize the opportunity of marketing these unique tourism potentials to attract local and inbound tourists to the sites.

On behalf of Members of NATOP, Mrs. Udo expressed her appreciation to the Management of NIHOTOUR, under the leadership of Nura Kangiwa, for the opportunity given them to acquire the requite knowledge on tour guiding during the workshop as well as the opportunity availed them to tour the natural scenic attractions of Plateau state and the leisure adventure of hiking on the Riyom Rock Formations.

Why Akinwunmi Deserves To Be NFF President – Osun FA Chairman

In line with the desire of the present administration to empower a minimum of one million Nigerians annually with hospitality trade jobs in the National Home Grown School Feeding Program, quality and safety of food service delivery must be ensured so that the feeding system will not be compromised in terms of nutritional values, safe consumption and good health of the benefiting pupils of the scheme.

The National President of the Institute for Tourism Professionals of Nigeria (ITPN), Chief Abiodun Odusanwo, who stated this during the Food Quality Assurance Supervision Training Program for Supervisors of the Home Grown School Feeding Program in Abuja, further noted that this was meant to strengthen the skill levels of the public officers performing this important regulatory and enforcement role in order to reduce the incidents of food poisoning and food borne illnesses in the implementation of the scheme.

Chief Odusanwo said that the Servesafe initiative is a Food Safety Quality Assurance Management System which covers environmental and public health food safety program, designed to create public awareness and a safeguard of the dangers associated with food poisoning and contamination at premises where food is processed, cooked, served or handled, adding that it is further meant to educate, intensify and quality-assured food premises through inspection and certification.

He disclosed that the key challenges facing the enhancement of food safety in the country include lack of awareness of the socio-economic importance of food safety, absence of adequate information on incidence of food borne disease outbreaks, lack of understanding of food safety and quality standards as outlined in international agreements and the inability to enforce compliance commensurate with the demands of enforcement of regulatory bodies, noting further that it is in response to these challenges that the Servesafe Quality Assurance training was organized.

The program which was done by the Federal Ministry of Humanitarian Affairs, Disaster Management and Social Development in collaboration with the Institute for Tourism Professionals of Nigeria, saw participants of the Three-Day Training Programme drawn from all training centres across the country drilled on key food safety areas including: ‘Overview of Safe Food’; ‘How to Avoid Food Contamination’; ‘The Servesafe Food Handler’ and ‘Servesafe Facilities and Pest Management and Control’.