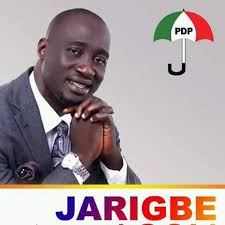 The race for the replacement of late Senator Rose Oko in the National Assembly has continued to gather momentum as the two major parties contending for the seat are mobilizing forces to ensure that they grab the Cross River Northern Senatorial District seat. 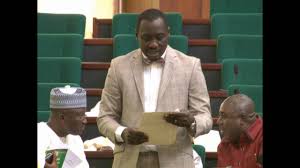 The race is a straight battle between the candidates of the People’s Democratic Party, PDP, Rt. Hon. Jarigbe Agom and that of the All Progressives Congress, Joe Agi, SAN has witnessed new and stronger campaign strategies since the postponement of the election by the Independent National Electoral Commission, INEC as a result of the #EndSARS protest in the country.

Jarigbe Agom Jarigbe, currently a member of the House of Representatives, who represents Ogoja/Yala Federal Constituency is not giving up the battle for the ticket of the PDP for the election. He believes that he won the primary and should be the party’s flagbearer.

He is seen as a candidate who stands out in the popularity contest and the candidate to beat in the election.

Elected into the Green Chambers in 2015, Hon. Agom has kept in touch with those who elected him to serve via his legislative outreach and constituent’s involvement in the smooth running of the federal constituency.

In his desire to make life meaningful for his people, the lawmaker took a need assessment tour within his constituency where he engaged his constituents to exray their myriads of challenges. This tour resulted in the provision of some critical infrastructure, facilitated by the lawmaker for improved living standards and economic growth.

Within his first term in office, the young lawmaker ran an open-door policy, with the help and support of his constituents, and a lot was achieved. Hon. Agom influenced, through recommendation, the employment of many constituents into various Ministries, Departments, and Agencies, including the Civil Defense, Federal Road Safety, Nigerian Army, Police, EFCC, Banks, Department Of Petroleum Resources, to mention but a few.

AMONG SOME OF HIS PROJECTS INCLUDE:

On his first primary assignment as a lawmaker, Jarigbe has sponsored 10 bills and four motions on the floor of the green chambers for the benefit of Cross River State and Nigeria in general

Call for Rehabilitation of the Road from Yahe-Ukelle in Yala LGA of Cross River State to Igede in Oju LGA of Benue State, 25/11/2015.

Urgent Need to Investigate the Huge Debts Owed to PPMC by Major and Independent Oil Marketers/Sabotage by Some Oil Marketers, 29/09/2016.

Urgent need to investigate the mysterious death of the Late Joy Odama; Crutech Student, 21 years, from Yala, who died controversially in the house of one Alhaji Usman Adamu in Abuja.

It is worthy to note that one of Hon. Jarigbe’s Bill, HB 262 University of Abuja Act (Amendment) Bill, 2015 has passed the third (3rd) reading and was assented to by the President of the Federal Republic of Nigeria. It is now gazetted as one of the Laws of the Federation of Nigeria (LFN).

Following his outstanding legislative performance and constituency development, Hon. Agom was re-elected for a second term to consolidate and sustain the tempo of his outreach. On marking the first year of his re-election for a second term, the pragmatic lawmaker sent out a touching message to his constituents.

He wrote: “I come on this platform to thank the Ogoja/ Yala people for the confidence reposed in me, exactly one year ago. My greatest joy is that my brother and friend who contested on the opposite platform is one of my closest allies today. We’ve long moved on. He didn’t emerge because he had special skills but because it’s God’s chosen time for me to serve our people.

“We are mere mortals and can’t assume invincibility.

Your continued support is invaluable and my promise to you is that- I AM POISED to delivering on this MANDATE you graciously gave to me in Trust. I remain eternally indebted to you all for this rare opportunity. God bless you all”. 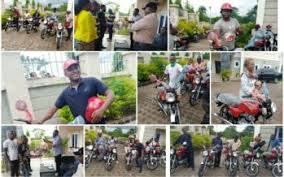 Barely Seven Months from the inauguration into the 9th Assembly for a second term, Rt. Hon Jarigbe Agom has done the following.

Rt. Hon Jarigbe Agom has empowered over 200 Constituents from across the 24 wards of Ogoja/Yala with Birds, Feeds, and Vaccines.

He has done free medical outreach across Ogoja/Yala with Over 5,000 constituents as beneficiaries.

He has also empowered over 50 constituents with motorcycles, over 25 Tricycles, mechanized farm implements,s and 5 Cars to people across Ogoja/Yala.

Supply and Installation of 2,500kva transformers in Ogoja.

He has also extended his hand of goodwill by giving out N250,000 to youth from Ijibor in Bekwarra local government area to start up a business.

Rt. Hon Jarigbe Agom made a passionate appeal for a fire truck to be made available for the fire Department in Ogoja.

Presented wrappers and cash to all the widows in the constituency during the Yuletide season. (2019).

Rt. Hon Jarigbe Agom facilitated the entrepreneurship development training for more than 400 constituents to enable them to access the CBN AGSMEIS Loan of N10m. The training fee was over N5m

He has organized skills acquisition training for youths across the 24 wards of Ogoja/Yala where cash was also given for start-ups.

He has purchased 240 jamb forms for Jambites across the 24 wards of Ogoja/Yala.

Hon Jarigbe Agom has affected the payment of Bursary to constituents across Ogoja/Yala which is ongoing.

With the mandate bestowed on him by the electorate, he sees himself having a commitment and a social contract of service for the overall interest of his people.

Hon Jarigbe, the voters have already decided, they approve of his philosophies and have chosen to place their trust in him; that allows him not only to represent by listening but also to represent by leading, by shaping opinions. He possesses the passion, experience, disposition, and sagacity to satisfactorily represent his people.

As a lawmaker, he is appealing to the best instincts of your constituents, he ran for a legislative office to make a difference, a difference for the better; and yes, he is putting the people first by his utmost commitment to their needs, in a very special way.

Legislative service is one of democracy’s worthiest pursuits. It is an important duty that deserves time, attention and dedication, in all of these tight engagements, you are never far from your people, hence your doors are open and accessible to your constituents far and near and even others in the diaspora

Besides, he has made the job of a lawmaker a lot more interesting to your supporters because you really know the people you represent. He used his skills and office to help communities find solutions. He returns phone calls, answers e-mails and letters, has town hall meetings, and replies to chats; this is awesomely encouraging and commendable.

Representation requires a bond of trust between citizens and their representatives; this bond, he holds in high esteem because enjoys the support and goodwill of his constituents in view of his openness, transparency, worthiness, accountability, and accessibility. 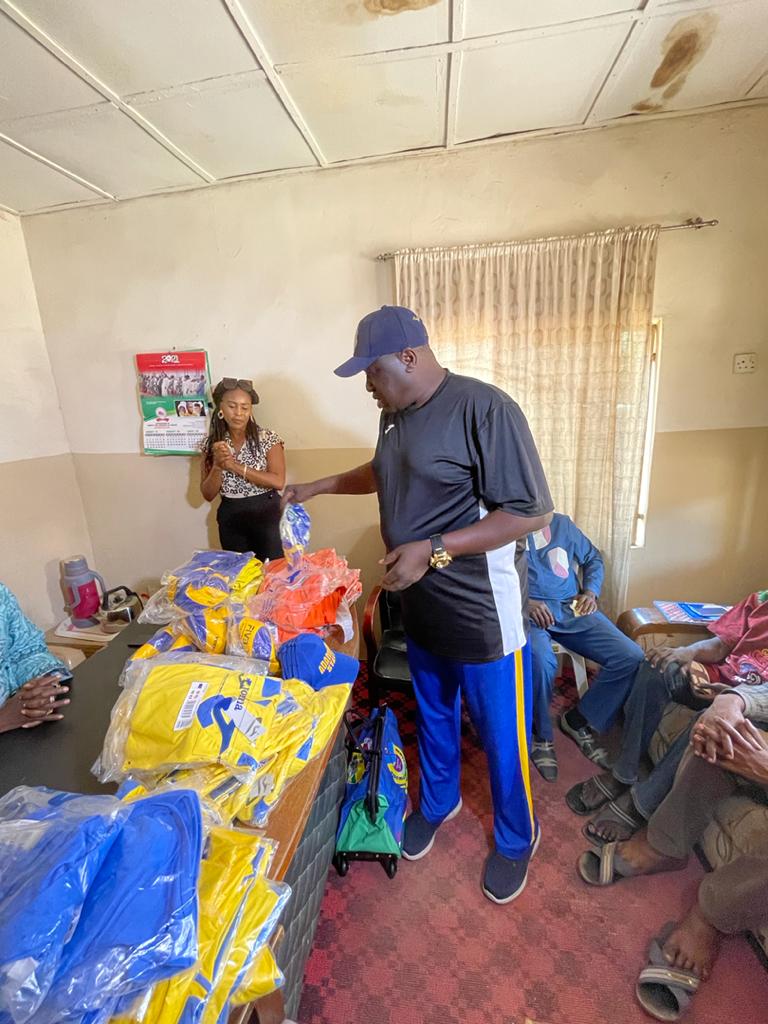 The Chairman of Adamawa State Volleyball Association, Rtd DCP Stephen Hasso has promised to reposition and revive Volleyball in the state.

Rtd DCP Hasso revealed that Adamawa will participate at this year’s National Division one league in the men’s and women’s category.

The immediate past chairman of Nigeria Police Volleyball Association said he will ensure the state teams gets the maximum support of stakeholders in the state.

He said, “My mandate is to reposition and revive volleyball in Adamawa state. I am going to bring my wealth of experience into the state association because we are in the process of rebuilding volleyball.

“I played volleyball from 1972 to 1990, I understand the terrain and what the players are passing through not participating in tournaments.

We have teams on ground already and by the Grace of God, Adamawa will partake in this year’s National Division one league and qualify for the Nigeria Volleyball Premier League next year”.

He said, “I will like all stakeholders to join hands and support the President of Nigeria Volleyball Federation, Engineer Musa Nimrod to take the game to greater heights. I will continue to pray for him because he has turned the game around since he became president”.