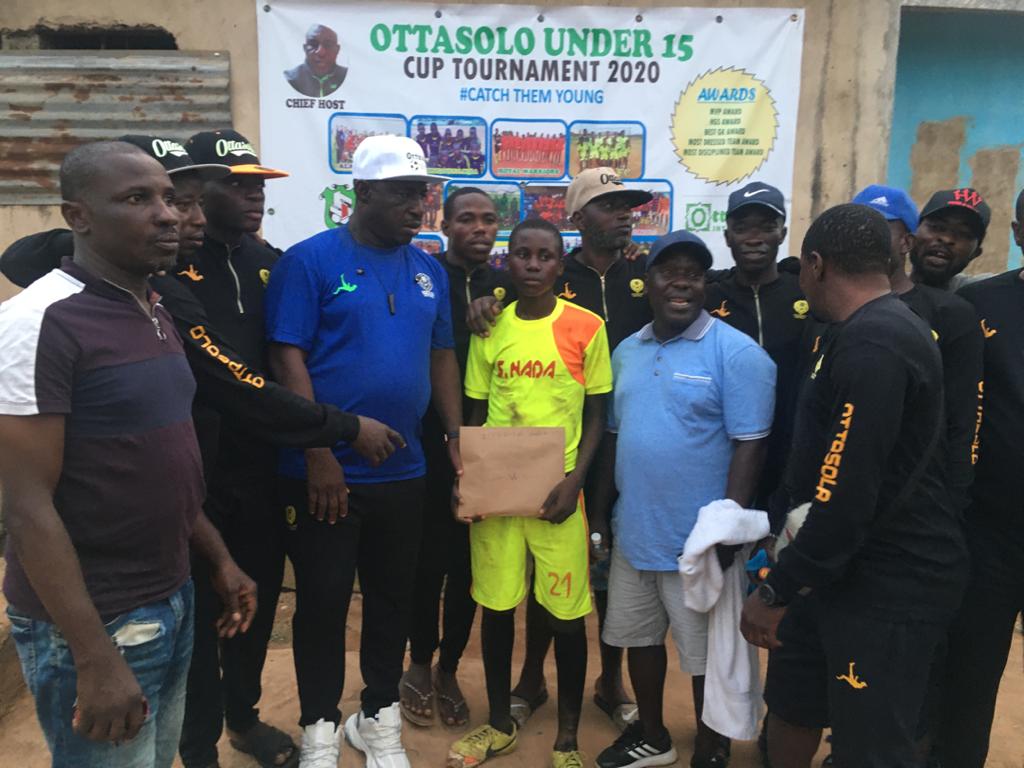 The tournament which is sponsored and organized by the Proprietor and President of Ottasolo FC, Gabriel Davies is aimed at promoting grassroots football and the discovery of future talents to represent the National team of Nigeria.

It was a four-goal thriller in the opening match of the competition as the scanty fans at the pitch located at Ayobo area of Lagos State were entertained with good football artistry displayed by the lads.

The President of Ottasolo FC who spoke with pressmen at the post-match interview said he’s delighted with what he saw today during the match.

“I am extremely delighted with what I saw today during the match. The lads are so wonderful. I really enjoyed the game and in the end, four brilliant goals were scored between the two teams.

“There are professional scouts on the ground to see these lads and pick those that are exceptional among them.

“The aim of this tournament is to discover raw talents and nurture them to stardom.

“There are a lot of young talents out there but because they don’t get an opportunity like this, they tend to give up their dreams of becoming a footballer.

“We want to catch them young because I see it as a way of giving back to the society that gave me the platform to become a professional football. The president concluded

The preliminary stage of the tournament will continue tomorrow