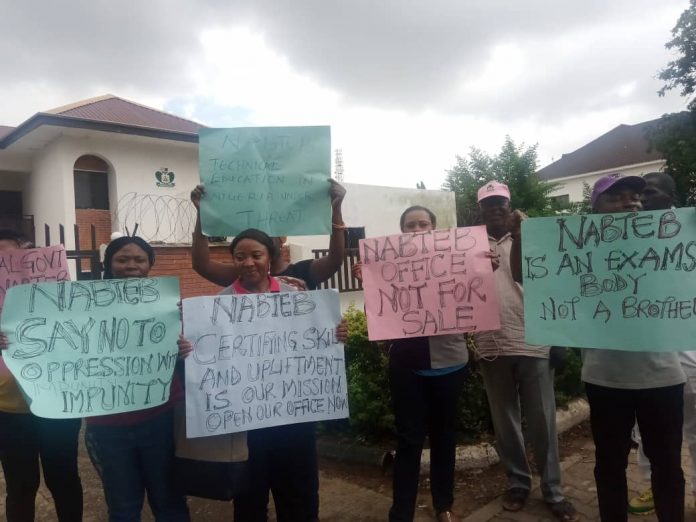 We may not hold external exams, NABTEB warns

The National Business and Technical Examination Board (NABTEB) says it may not conduct external examination for admission into tertiary institutions this year.

Mrs Shirley Imandojemu, Principal Legal Officer, NABTEB made this known in Abuja on Tuesday when members of staff of the board staged a protest to demand the opening of their office.

Imandojemu said activities of the board had been halted, allegedly by the Nigeria Police, owing to issues of ownership of the NABTEB office building.

She noted that Examination activities had been grounded since the closure of the office and candidates might not secure admission owing to the development.

According to her, candidates are supposed to be registering by now.

“I want to let you know that the property you are seeing was acquired by NABTEB in 1998 which is more than 20 years ago and we have all that is required for us to own it.

“We were told to convert from residential to commercial in 2013.

“We later got a letter from a faceless person through their lawyer saying that they have acquired this property under the Federal Government monetisation policy which is for career civil servants.

“But we all know that this is a Federal Government establishment.

“We went to court and the court granted an injunction in 2013 since then that injunction has been subsisting and the court said all parties should maintain status quo until the matter is determined.

“But recently we learnt that the defendant have been refusing to come to court.

“On Saturday, July 13, some of our staff were in the office and some unknown men just stormed the office, arrested two of our security officers took them to an unknown destination.

“The examination body is supposed to be registering candidates so that they can write exams for admission into tertiary institution.

“But now, our staff are littered everywhere as a result of this development.

“They locked up the place.

“On Sunday afternoon, two vehicles came here with more than 20 armed men, stormed into the office, vandalise it and started removing the properties of NABTEB.

“This is impunity. If the court has said that we maintain status quo, why will anybody say he is above the law.”

Imandojemu, therefore, called on the Federal Government, Civil Society Organisations and all well meaning Nigerians to come to the rescue of the organisation.

Earlier, Mr Paul Ohuimumwen, NABTEB Branch Chairman of NASU said that the building in question has Certificate of Occupancy (CofO) and there was no reason for any faceless person or persons to lay claim to a building that had been owned for over 20 years.

Ohuimumwen urged the government to wade into action as the closure of the office was detrimental to the success of candidates seeking admission into tertiary institutions.

“We have the CofO of this land and suddenly somebody came and said they have bought it from FCDA; we went to court and the case has been in court since 2013.

“But these people have refused to be patient and they resulted to self action neglecting the pronouncement of the court of law .

“Our lawyer has finished what he has to do in court but the defendants were not around and the court adjourned hearing in the case until October.

“They were not patient to wait and decided to burgle the place and cart away our properties.

“The papers of students are in the office; right now as we speak, enrolment has commenced but candidates cannot access this office.

“They have resulted to take illegal possession of this place which cannot be tolerated,” he said.

Other placards read: “We want to do our work and 2019 November/December registration under treat, among others, were displayed during the protest. 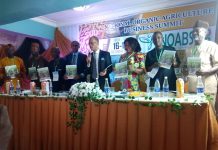 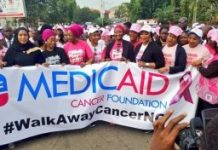